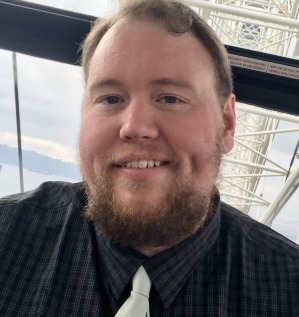 Brett received a Bachelor of Arts (2005), Master of Science (2008), and Ph.D. (2010) in Atmospheric and Oceanic Sciences from the University of Wisconsin - Madison. He was a recipient of the American Meteorological Society's 21st Century Campaign Graduate Fellowship, and he received the UW-AOS Department's Lettau Award for Oustanding M.S. Thesis for his work investigating the effect of cumulus parameterizations on the steering of tropical cyclones through thier influence in sculpting the vertical distribution of the cyclone's potential vorticity. His doctoral research focused on quantifying the sensitivity of modeled tropical cyclone genesis and steering to small perturbations of the model initial stateusing the model's adjoint and inferring the dynamics that drive this sensitivity.

Brett joined the UW-Madison Space Science and Engineering Center in 2011, first as a postdoctoral researcher and then as an assistant researcher the following year. Brett now works in the Center's (NOAA) Cooperative Institute for Meteorological Satellite Studies as a Principal Investigator working in the intersection of satellite-derived observations, data assimilation, modeling, and predictability of extreme weather, and is expanding his work to include applied science product development for the insurance industry and renewable energy using high-resolution numerical weather prediction models. His role as an affiliate faculty memnber of the UW-AOS Department involves sitting on graduate student committees and occasionally acting as a research mentor.